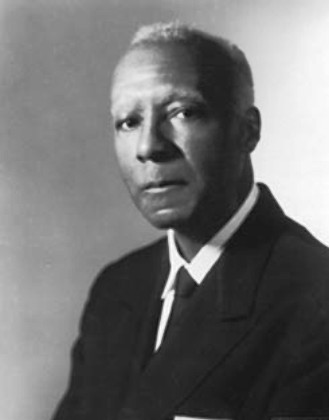 The American labor and civil rights leader A. Philip Randolph, considered the most prominent of all African American trade unionists, was one of the major figures in the struggle for civil rights and racial equality. A Phiip Randolph led a 10-year drive to organize the Brotherhood of Sleeping Car Porters (BSCP) and served as the organization's first president. Randolph directed the March on Washington movement to end employment discrimination in the defense industry and a national civil disobedience campaign to ban segregation in the armed forces. The nonviolent protest and mass action effort inspired the civil rights movement of the 1950s and 1960s.

Asa Philip Randolph was born in Crescent City, Florida, on April 15, 1889, the second of two sons of James and Elizabeth Randolph. His father was a traveling minister of the African Methodist Episcopal Church and his mother was also devoted to the church. Both of his parents were strong supporters of equal rights for African Americans. The young Randolph had a close relationship with his older brother, William. The family moved to Jacksonville, Florida, in 1891. Asa attended local primary schools and later went on to the Cookman Institute in Jacksonville, Florida.

After graduation, Randolph worked odd jobs and devoted his time to singing, acting and reading. W.E.B. Du Bois' The Souls of Black Folk convinced him that the fight for social equality was more important than almost anything else. He moved to New York City in 1911 to become an actor but gave up after failing to win his parents' approval. Columbia University student Chandler Owen shared Randolph's intellectual interests and the pair became close collaborators.

In 1914, Randolph courted and married Mrs. Lucille E. Green, a widow, Howard University graduate and entrepreneur who shared his socialist politics and earned enough money to support them both. The couple had no children.

In 1917 Philip Randolph founded a magazine, The Messenger, later  called the Black Worker. The magazine provided an outlet for those who, like Randolph and Owen, were opposed to both the cautious elitism of the NAACP and the utopian populism of Marcus Garvey's United Negro Improvement Association. By now established figures in the Socialist Party in New York, Randolph and Owen embarked on a nationwide anti-war speaking tour in 1918 that brought them to the attention of the U.S. Department of Justice and almost got them arrested.

After the war Randolph lectured at the Rand School of Social Science. A member of the Socialist Party, Randolph made several unsuccessful attempts to be elected to political office in New York. He was involved in organizing black workers in laundries, clothes factories and cinemas and in 1929 became president of the Brotherhood of Sleeping Car Porters (BSCP). Over the next few years he built it into the first successful black trade union.

Philip Randolph traveled throughout the nation just before World War II. His mission was to unite Blacks against the discrimination, which shut them out of well-paying jobs in the factories. Although many Whites, and even Blacks knocked his efforts in the beginning his message caught fire. All over the United States committees of Blacks were forming to "March on Washington" in protest.

Influential people tried to turn Randolph away from his goal, but he remained strong and steadfast. Finally recognizing that Philip Randolph could not be swayed, President Franklin D Roosevelt signed an order in June 1941, which called for an end to discrimination in defense plant jobs. Here was the beginning of "fair employment practices " This, the first "March on Washington," never had to be held. The most powerful leader in the world, the President of the United States, had yielded to the head of the Brotherhood of Sleeping Car Porters. From this start have come all of the many laws trying to guarantee a fair and equal chance to all Blacks looking for jobs.

About seven years later, in July of 1948, A. Philip Randolph again moved to fight discrimination. This time, it was against segregation and Jim Crow practices in the Army, Navy and Air Force. In 1948, A. Randolph warned President Harry Truman that if segregation in the armed forces was not abolished, masses of African Americans would refuse entering the armed forces. Soon Executive Order 9981 was issued to comply with his demands.

In 1957 Randolph organized the Prayer Pilgrimage to Washington to support civil rights efforts in the South, and in 1957 and 1958 he organized a Youth March for Integrated Schools.

Continuing his fight for civil rights into the 1960's, Philip Randolph organized the March on Washington, D.C., in 1963. The march was organized as a symbol of all African Americans fighting for jobs and freedom. This was the site of Martin Luther King Jr.'s famed "I Have a Dream," speech, and a quarter million people went in support. Randolph was called "the chief" by King. And in 1966, at the White House conference "To Fulfill These Rights," he proposed a ten-year program called a "Freedom Budget" which would eliminate poverty for all Americans regardless of race.

On September 14, 1964, Lyndon B. Johnson presented A. Philip Randolph with the Presidential Medal of Freedom. He was also named Humanist of the Year in 1970 by the American Humanist Association.