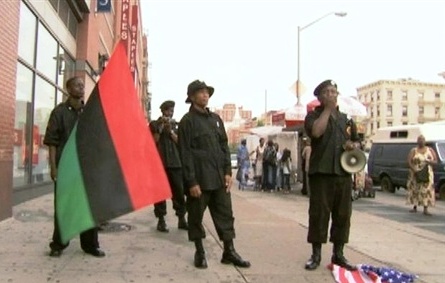 To the Black People who were forced to come to this land, Black Nationalism was a top priority. Self-government was what Blacks wanted more than anything else. Between 1950 and 1960, Blacks became more daring in their determination to rule themselves. For 250 years they had expressed their nationalistic desires by rebelling against whites, terrorizing whites and establishing camps that were governed by Black People.

Those espousing nationalist or separatist philosophies have envisioned nationalism in quite different ways. For some, Black Nationalism demanded a territorial base; for others, it required only separate institutions within American society. Some have perceived nationalism in strictly secular terms; others, as an extension of their religious beliefs. Black Nationalists also differ in the degree to which they identify with Africa and African culture.

The movement, which can be traced back to Marcus Garvey's Universal Negro Improvement Association of the 1920s, sought to acquire economic power and to infuse among blacks a sense of community and group feeling. Many adherents to black nationalism assumed the eventual creation of a separate black nation by African Americans. As an alternative to being assimilated by the American nation, which is predominantly white, black nationalists sought to maintain and promote their separate identity.

Black Nationalist Marcus Garvey, founder of the Universal Negro Improvement Association (UNIA), deplored black acceptance of white standards of beauty, for example, in preferring straight hair or a lighter skin color. During the 1920s he refused to place advertisements for hair straighteners or purported skin whiteners in Negro World, the UNIA newspaper. In the 1960s black nationalists embraced the political slogan Black Power, but they also proclaimed that "black is beautiful."

W. E. B. Du Bois, one of America's foremost black intellectuals and a leading figure in the founding of the National Association for the Advancement of Colored People(NAACP), had strong ties to Africa. In 1919 he organized the first Pan-African Congress. During the 1920s he traveled to Africa. Yet for most of his life, Du Bois rejected Black Nationalism. In the 1920s he opposed Marcus Garvey and the UNIA. During the 1930s, as Du Bois grew more radical, he turned to socialism and internationalism rather than to Black Nationalism. But during the harsh anticommunism of the Cold War era, Du Bois lost his faith in American society. In 1961 he abandoned the United States and settled in Ghana, where he died two years later, shortly after taking Ghanaian citizenship.

In the late 1960s, at the height of the Black Power Movement, two acquaintances of Malcolm X, Gaidi Obadele and Imari Abubakari Obadele assembled a group of 500 militant black nationalists in Detroit, Michigan, to discuss the creation of a black nation within the United States. On March 31, 1968, 100 conference members signed a Declaration of Independence outlining the official doctrine of the new black nation, elected a provisional government, and named the nation the Republic of New Africa (RNA).  The Republic of New Afrika took the concept of Black Nationalism to its ultimate stage when, in 1968, it declared Black People to be free and independent of the United States government.

The Republic of New Afrika declared Black People's independence because it "believes that Black People in Amerikkka make up a nation of people, a people separate and apart from the Amerikkkan people. The RNA also believes that as a nation of people, We are entitled to all of the rights of a nation, including the right to land and self-determination. The RNA further believes that all the land in Amerikkka, upon which Black People have lived for a long time, worked and made rich as slaves, and fought to survive on is land that belongs to Us as a People, and it is land We must gain control of because, as Malcolm X said, land is the basis of independence, freedom, justice and equality. We cannot talk about self-determination without discussing it within the context of land. Therefore, the RNA [identified the five states of Mississippi, Louisiana, Alabama, Georgia and South Carolina as Black People's land and] believes that gaining control of Our land is the fundamental struggle facing Black People. Without land, Black Power, rights and freedom have no substance.

According to Wilson Jeremiah Moses in his famous work Classical Black Nationalism, African nationalism as a philosophy can be examined from three different periods giving rise to various ideological perspectives for what we can today consider what African nationalism really is.

The first being pre-Classical African nationalism beginning from the time the Africans were brought ashore in the Americas to the Revolutionary period. After the Revolutionary War, a sizable number of Africans in the colonies, particularly in New England and Pennsylvania, were literate and had become disgusted with their social conditions that had spawned from Enlightenment ideas. Certain organizations as the Free African Society, African Masonic lodges and Church Institutions would serve as early foundations to developing independent and separate organizations.

By the time of Post-Reconstruction Era a new form of black nationalism was emerging among various African-American clergy circles. Separate circles had already been established and were accepted by African-Americans because of the overt oppression that had been in existence since the inception of the United States. This phenomenon led to the birth of modern African nationalism which stressed the need to separate and build separate communities that promote strong racial pride and also to collectivize resources. This ideology had become the philosophy of groups like the Moorish Science Temple and the Nation of Islam. Peaking in the Sixties African Nationalism brought on a heightened period of religious, cultural and political nationalism.