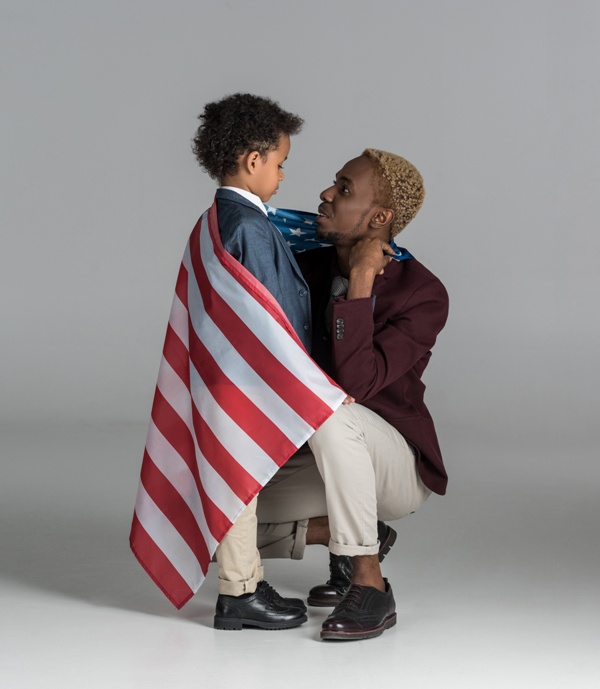 Rosa Parks, Martin Luther King, Malcolm X are some of the names that come to mind when we think of the Civil Rights Movement. But the movement was made of hundreds of heroes, some famous, and some only known to their families and localities. African American civil rights leaders are men and women who risked their economic freedom, their safety and their lives to ensure that African Americans, especially their children and future generations, received the full measure of rights due any American guaranteed by the Constitution.

After the Civil War blacks suffered greatly in the South. African Americans became targets for enraged white southerners. Lynchings killed hundreds of blacks every year and race riots ravaged major cities like Atlanta and Wilmington. The formation of so-called Jim Crow laws mandated segregation in public facilities of all kinds. During this time Homer Plessy, a light skinned black man was arrested for sitting in the "black only" area of a rail car. When the case went to the Supreme Court, it ruled that as long as accommodations were equal for both blacks and whites, then they could be legally separated. Of course in the southern world things became separate but never equal. Once blacks were disenfranchised and public facilities legally separated, white supremacy became a reality in the South.

Rosa Parks created an opportunity for blacks in Montgomery Alabama to overturn the city ordinance permitting racial segregation on city buses. On December 1, 1955 Parks boarded a bus after a long day of work and took a seat in the back of the bus that was marked for use by both white and blacks. A few stops later a group of white men boarded the bus and had trouble finding available seats together. The bus driver announced "Niggers move back". Parks was a member of the NAACP and felt she needed to make a statement and refused to give up her seat. The bus driver stopped the bus, called the police and Rosa Parks was taken to jail. Black civil rights leaders called for a boycott on the buses and the bus company lost between 30,000 and 40,000 fares. Later Martin Luther King Jr. was elected to the Montgomery Improvement Association and his first act was to extend the bus boycott indefinitely. The boycott was 90% percent effective and most African Americans chose to carpool, walk or use black taxis. On December  21, 1956 the boycott successfully changed the laws when the Supreme Court declared Alabama's segregation laws unconstitutional. That day Rosa Parks, Martin Luther King Jr., and thousands of Black Americans rode the buses and sat at the front.

On February 1, 1960, four students from North Carolina Agricultural and Technical College in Greensboro launched a radical new phase of the civil rights movement. They entered a local Woolworths's dime store, made purchases, then sat down at the lunch counter and ordered coffee.  Since the Woolworths only served whites, they were refused service, but they sat at the counter until the store closed. The following day they returned and brought more friends with them, starting the "sit-in" movement. The sit-in movement was a peaceful way to protest against segregation and discrimination and the movement quickly spread through out the United States. A newspaper ad in an Atlanta paper defines their mission: "We do not intend to wait placidly for those rights which are legally and morally ours to be meted out to us one at a time".  The demonstrator's courage, mixed with these confrontational tactics infused new energy into the civil rights movement.

In the spring of 1963 civil rights leaders turned to Birmingham Alabama, calling it the most segregated city in America. Protesters were met with violence from from area law enforcement and were often shown on television being hosed by high pressure fire hoses and often being bitten and attacked by trained dogs. Later that same year, four African American girls were killed when white supremacists burnt down a local black church. Thousands of protesters hit the street and police officers killed two more black children before the Kennedy administration acted. That same year on Wednesday, August 28, 1963, on the steps of the Lincoln Memorial in front of a crowd of over 200,000 Dr. Martin Luther King Jr. gave his famous "I've got a Dream" speech.

The 1964 Civil Rights Act outlawed segregated public facilities and racial discrimination in education and employment, but many Southern African Americans were still barred from voting. When Jimmy Lee Jackson was murdered in Alabama for being an activist, Martin Luther King Jr. and other black leaders organized a march from Selma to the state capitol in Montgomery. They were brutally attacked by mounted police officers and were shown on TV being whipped and beat. A second attempt to march was also blocked and on King's third attempt President Johnson called the Alabama National Guard to accompany the marchers and keep them safe.