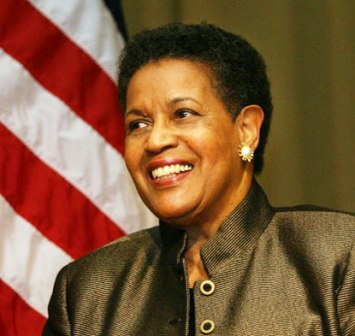 Myrlie Evers is the widow of murdered civil rights leader Medgar Evers. On February 18, 1995, she was elected to the position of Chairman of the National Board of Directors of the National Association for the Advancement of Colored People, the first woman to lead the nation’s oldest civil rights organization. With the support of a strong member base of the NAACP, she is credited with spearheading the operations that restored the Association to its original status as the premier civil rights organization.

Myrlie Evers-Williams chronicled the life of her late husband, Medgar, and the civil rights struggle in Mississippi in a book, For Us, the Living.  She also anchored a special HBO production, “Southern Justice, the Murder of Medgar Evers. Her dedication to civil rights and equality is exemplified by her activist role, linking together business, government, and social issues to further human rights and equality.

In 1950, she enrolled at Alcorn A&M College, where Mylie met Medgar Evers, an upperclassman and Army veteran who was heavily involved in the civil rights movement. She left school before earning her degree, and they married on Christmas Eve, in 1951. After Medgar was named the Mississippi state field secretary for the NAACP in 1954, Myrlie became his secretary and together they worked to organize voter registration drives and civil rights demonstrations. As prominent civil rights leaders in Mississippi, the Evers' became high-profile targets for pro-segregationist violence and terrorism. In 1962, their home in Jackson was firebombed in reaction to Medgar’s organized boycott of downtown Jackson’s white merchants.

A true pioneer of the Civil Rights Movement, Medgar Evers was assassinated on June 12, 1963. Myrlie and their three small children saw the murder at the front door of their home in Jackson, Mississippi. After suffering through two hung jury trials in the murder of her husband, Mrs. Evers-Williams moved her three children to California. She did not see justice for the murder of Medgar Evers until 31 years later. In 1994, she was present when the verdict of guilty and life imprisonment was handed down for Byron De La Beckwith. At last, she was victorious, Her persistence and faith in the pursuit of justice for the assassination that changed her life and that of her children had come to fruition.

In 1968, Myrlie Evers earned her degree from Pomona College, and in 1975 she married Walter Williams. She served as director of consumer affairs for Atlantic Richfield Company (ARCO), where she developed the concept for the first corporate booklet on women in non-traditional jobsa popular booklet that remained in great demand throughout many printings and revisions. In 1988, she was the first black woman to be named to the five-member Board of Public Works by Los Angeles mayor Tom Bradley, where she helped oversee a budget of nearly $1 billion.

In 1995, the same year her second husband died of prostate cancer, Myrlie Evers-Williams became the first woman to chair the NAACP, a position she held until 1998. In 1999, she published her memoirs, Watch Me Fly: What I Learned on the Way to Becoming the Woman I Was Meant to Be, which charts her journey from being the wife of an activist to becoming a community leader in her own right.

Myrlie Ever-Williams recalls her life's struggle for civil rights. “I truly don’t believe the younger generation understands the sacrifices my generation made, and part of that is my generation’s decision not to put those sacrifices in front of them. We didn’t want them to see what might happen to them. And part of it was probably battle fatigue,” she added, recalling the harrowing events of life in the era of the civil rights struggle. “Now we need to give them a better sense of the history of what took place before Dr. King came into prominence.”

Finding sources of motivation to persevere and using innovation to surmount problems are required if one is to keep up a fight over the long term. There were times following the deaths of her husband, President John F. Kennedy, King and Malcolm X when she felt her hatred for her oppressors was what kept her going, she said, until a word from her young daughter reminded her of her husband’s admonition never to hate.

Then she remembered his words: “‘Myrlie,’ he said, ‘those you hate don’t know it, and those who do don’t care. You become the victim. Just live the best life you can for all humanity.’”