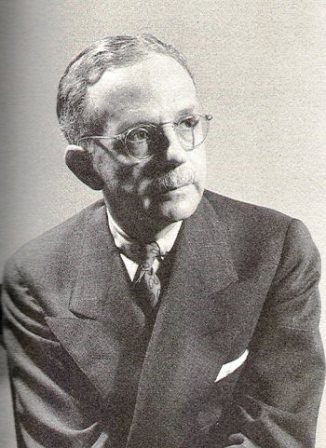 Walter Francis White was a leading civil rights advocate of the first half of the twentieth century. As executive secretary of the National Association for the Advancement of Colored People (NAACP), he was a chief architect of the modern African American freedom struggle.Walter White helped convince Franklin D. Roosevelt to issue an executive order in 1941, prohibiting racial discrimination in defense industries and establishing the Fair Employment Practices Commission.

Walter White was born in 1893 in Atlanta, Georgia. His father, George, was a postman, and his mother, Madeline, a former school-teacher. The younger of two sons in a family of seven children, Walter White inherited his light coloring from both parents. He emphasized in his autobiography, A Man Called White: "I am a Negro. My skin is white, my eyes are blue, my hair is blond. The traits of my race are nowhere visible upon me." Five of his great-great-great-grandparents were black and the other 27 were white. All of his family were light-skinned, and his mother Madeline was also blue-eyed and blonde. Her maternal grandparents were Dilsia, a slave, and Dilsia's master William Henry Harrison, who much later became president of the United States. Madeline's mother Marie Harrison was one of Dilsia's mixed-race daughters by Harrison, and her father Augustus Ware was a white man.

Because his entire family was light enough to pass for white, they faced a unique array of problems. Aboard Atlanta's Jim Crow cars, the family found that if they sat in the "white" section, African Americans accused them of passing, but if they sat in the African American section, they faced embarrassing stares and rude remarks. To avoid humiliation, the children walked everywhere or rode in the surrey their father had purchased.

During the Atlanta race riots of September 1906, a white mob nearly burned down his family's home. The event was formative for White, then thirteen, and made him aware of the meaning of racial identity, influencing his subsequent political and literary careers. White wrote of that pivotal moment "In the flickering light the mob swayed, paused, and began to flow toward us. In that instant there opened within me a great awareness: I knew then who I was. I was a Negro, a human being with an invisible pigmentation which marked me a person to be hunted, hanged, abused discriminated against, kept in poverty, and ignorance, in order that those whose sin was white would have readily at hand a proof patent and inclusive, accessible to the moron and the idiot as well as to the wise man and the genius. No matter how low a white man fell, he could always hold fast to the smug conviction that he was superior to two-thirds of the world's population, for those two-thirds were not white."

After graduation from Atlanta University in 1916, Walter White worked for a time for Standard Life, a major African American insurance company, and helped organize the Atlanta National Association for the Advancement of Colored People (NAACP). As secretary of the new branch, he led the drive to force the city to improve its public facilities for African Americans and attracted the attention of James Weldon Johnson, the first African American general secretary of the organization. A year later Johnson secured White's appointment as assistant to the organization's chief administrative officer. While visiting Chicago, he narrowly escaped an ambush during the 1919 race riot. This time the assailant was an African American man who fired at what he thought was a white man walking through the ghetto.

Walter White's principal objective became the abolition of lynching. Aided by his fair skin, he made on-the-spot investigations of lynchings and race riots and conducted a vigorous, sustained drive for enactment of a federal anti-lynching law. Although no such law was enacted, the climate of public opinion was markedly changed by his investigations and exposés. In 1918, when he joined the NAACP staff, 67 persons, all but 4 of them blacks, were lynched. In the year of his death, 1955, there were only three recorded lynchings, and none had occurred in the five previous years. Lynchings had become a rarity.

In 1922, the year White married NAACP staff member Leah Gladys Powell, he met writer H. L. Mencken, who encouraged White to try his hand at fiction. White completed the manuscript of Fire in the Flint, about a northern trained African American physician who returns to his native small town Georgia, in twelve days. Published in 1924, the novel, which ends with the doctor's lynching, was praised for its realistic portrayal of southern life. Flight, White's second, less critically acclaimed novel written in 1926, centers around a young New Orleans woman who crosses over the color line, then later relinquishes racial passing. Walter White's literary accomplishments earned him a 1926 Guggenheim Fellowship. Walter White moved to southern France intending to produce a third novel, but instead turned to nonfiction and wrote Rope and Faggot: The Biography of Judge Lynch. Written in 1929 the book was an important study of the various political, economic, social, and sexual influences of lynching.

Through his cultural interests and his close friendships with white literary power brokers Carl Van Vechten and Alfred A. Knopf, White was one of the founders of the "New Negro" cultural explosion. Popularly known as the "Harlem Renaissance", the period was one of intense literary and artistic production, with Harlem becoming the center of black American intellectual and artistic life.

In 1931, when James Weldon Johnson stepped down in his position, White took it and served the NAACP as executive secretary for the rest of his life. White took great care of the finances of the association and kept careful records. White assisted with all the issues of the NAACP and continued to write until he died in March 21, 1955.