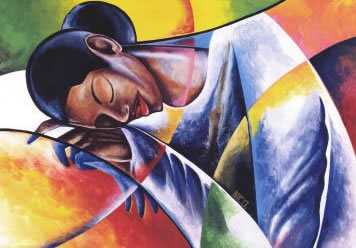 African-American history starts in the 17th century with indentured servitude in the American colonies and progresses onto the election of Barack Obama as the 44th President of the United States. Between those landmarks there were other events and issues, both resolved and ongoing, that were faced by African Americans.

The first recorded Africans in British North America arrived in 1619 as indentured servants who settled in Jamestown, Virginia. As English settlers died from harsh conditions more and more Africans were brought to work as laborers. Africans for many years were similar in legal position to poor English indentured servants, who traded several years labor in exchange for passage to America.

Africans could legally raise crops and cattle to purchase their freedom. They raised families, marrying other Africans and sometimes intermarrying with Native Americans or English settlers. By the 1640s and 1650s, several African families owned farms around Jamestown and some became wealthy by colonial standards.

The popular conception of a race-based slave system did not fully develop until the 18th century. By 1860, there were 3.5 million enslaved African Americans in the United States due to the Atlantic slave trade, and another 500,000 African Americans lived free across the country. In 1863, during the American Civil War, President Abraham Lincoln signed the Emancipation Proclamation. The proclamation declared that all slaves in states which had seceded from the Union were free. Advancing Union troops enforced the proclamation with Texas being the last state to be emancipated in 1865.

In the last decade of the 19th century, racially discriminatory laws and racial violence aimed at African Americans began to mushroom in the United States. These discriminatory acts included racial segregation, which was legally mandated by southern states and nationwide at the local level of government, voter suppression or disenfranchisement in the southern states, denial of economic opportunity or resources nationwide, and private acts of violence and mass racial violence aimed at African Americans unhindered or encouraged by government authorities.

The desperate conditions of African Americans in the South that sparked the Great Migration of the early 20th century, combined with a growing African American intellectual and cultural elite in the Northern United States, led to a movement to fight violence and discrimination against African Americans that, like abolitionism before it, crossed racial lines.

The Civil Rights Movement between 1954 to 1968 was directed at abolishing racial discrimination against African Americans, particularly in the Southern United States. The March on Washington for Jobs and Freedom and the conditions which brought it into being are credited with putting pressure on President John F. Kennedy and then Lyndon B. Johnson.

Johnson put his support behind passage of the Civil Rights Act of 1964 that banned discrimination in public accommodations, employment, and labor unions, and the Voting Rights Act (1965), which expanded federal authority over states to ensure black political participation through protection of voter registration and elections. By 1966, the emergence of the Black Power movement expanded upon the aims of the Civil Rights Movement to include economic and political self-sufficiency, and freedom from white authority.