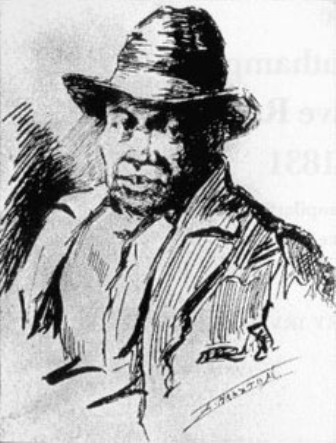 Slaves did not endure their servitude passively. They resisted any way they could, whether it was barely noticeable insubordination, or acts of violence. One of the more common ways slaves revolted was to sabotage tools and equipment. Other day to day acts of defiance included slowing down work, misusing farm animals and even causing fires. Slaves also used their culture to protest their situation. They sang songs of their plight, told folk tales of their past and even used religion to guide them through their unjust enslavement.

Some slaves ran away and communities of runaway slaves were called Maroons. They were forced to keep a low profile, living in dangerous swamps and wooded areas, often in Florida. Although free  from their masters, these slaves faced danger from alligators, swamp fever, snakes and Seminole Indians.

For slaves, rebellion was the ultimate form of resistance and protest against slavery, although most slaves understood that an armed rebellion was paramount to suicide. Unlike the Caribbean, where massive slave revolts took place in Cuba, Jamaica and most famously Haiti, rebellion in the American South was difficult to carry out. White owners had a monopoly on fire arms and plantations were spread too far apart for the slaves to have the ability to communicate a large plan. Laws also made it difficult if not impossible for slaves to travel or congregate and bounties were offered for capturing any runaway slave. Despite the odds, several attempts were made for a slave rebellion, including the Gabriel Prosser conspiracy in 1800 Richmond,  Denmark Vesey in 1822 Charleston, and Nat Turner's rebellion.

Nathaniel "Nat" Turner was an African American slave who led a slave rebellion in Virginia on August 21, 1831 that resulted in 56 deaths among their victims, the largest number of white fatalities to occur in one uprising in the antebellum southern United States.

Nat Turner was born on October 2, 1800, in Southampton County, Virginia., where he spent his entire life. Turner was highly intelligent, and learned how to read and write at a young age. He was the son of African slaves who had both escaped to freedom. A deeply religious black man, Turner spent any spare time he had praying, reading the bible, and meditating. He often conducted Baptist services, preaching the Bible to his fellow slaves, who dubbed him "The Prophet". Nat Turner frequently had visions, which he interpreted as messages from God. These visions greatly influenced his life.

In 1821, Turner ran away from his overseer, returning after thirty days because of a vision in which the Spirit had told him to "return to the service of my earthly master." The next year, following the death of his master, Samuel Turner, Nat was sold to Thomas Moore.

In 1829 a freed slave named David Walker appealed to slaves to rise up in rebellion. Published in September of 1829 his appeal stated in part: "they want us for their slaves, and think nothing of murdering us; therefore, if there is an attempt made by us, kill or be killed. and believe this, that it is no more harm for you to kill a man who is trying to kill you, than it is for you to take a drink of water when thirsty."

In 1830, Joseph Travis purchased Turner and became his master. Turner later recalled that Travis was "a kind master" who had "placed the greatest confidence in me." Despite the decent treatment received from Travis, Turner eagerly anticipated God's signal to start his task of slaying his enemies with their own weapons." Turner witnessed a solar eclipse on February 12, 1831 and was convinced that this was the sign from God. Following in the steps of the late Denmark Vesey, he started preparations for a rebellion against the white slaveholders of Southampton County by buying muskets.

Turner started with a few trusted fellow slaves, but the insurgency ultimately numbered more than 70 enslaved and free blacks, some of whom were mounted on horseback. On August 13, 1831, an atmospheric disturbance made the sun appear bluish-green. Turner took this as the final signal, and began the rebellion a week later on August 21. The rebels traveled from house to house, freeing slaves and killing all the white people they encountered.

Because the rebels did not want to alert anyone, they got rid of their muskets and used knives, hatchets, axes, and blunt instruments instead of firearms. The group spared a few homes "because Turner believed the poor white inhabitants 'thought no better of themselves than they did of negroes. The rebels spared almost no one whom they encountered. A small child who hid in a fireplace was among the few survivors. The slaves killed approximately sixty white men, women and children before Turner and his brigade of insurgents were defeated.

In the aftermath of Nat Turner's rebellion there was widespread fear, and white militias organized in retaliation against slaves. Over 3,000 members of the state militia were sent to deal with Turner's gang, and they were soon defeated. Turner went into hiding but was captured six weeks later. Nat Turner was executed on 11th November, 1831. The state executed 56 slaves accused of being part of the rebellion. In the frenzy, many innocent enslaved people were punished. At least 100 blacks, and possibly up to 200, were killed by militias and mobs.

Across the South, state legislators passed new laws prohibiting education of slaves and free blacks, restricting rights of assembly and other civil rights for free blacks (such as prohibiting formerly allowed voting), and requiring white ministers to be present at black worship services.