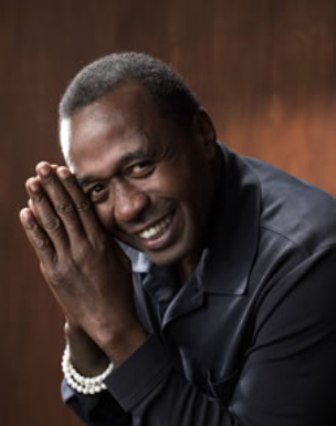 Ben Vereen is an African American actor, dancer, and singer. Vereen channels his high-intensity performances into unforgettable experiences for audiences. He won a Tony Award and Drama Desk Award for Best Actor in a Musical for Pippin. In 2002, he received the Black Theatre Award. His first love and passion is and always will be the stage. “The theater was my first training ground. It taught me discipline, dedication and appreciation of hard work and values that will stay with me a lifetime. The stage sharpens the creative instrument and encourages you to go deeper inside and try new things,” states Ben Vereen.

For over 35 years, Ben Vereen has showcased his versatility and creativity, performing countless one-man shows not only in the United States, but also Europe, Asia and the Caribbean. He was the first simultaneous winner of the “Entertainer of the Year,” “Rising Star,” and “Song and Dance Star” awards from the American Guild of Variety Artists (AGVA). He also earned a coveted spot in the Casino Legends Hall of Fame.

Born in 1946, Ben Vereen has an unclear childhood. While still an infant, Vereen and his family relocated from Miami to the poverty-stricken neighborhood of Bedford-Styvesant in Brooklyn, New York. During his pre-teen years, he exhibited an innate talent for drama and dance and often performed in local variety shows.

According to the Fayetteville Observer of April 29, 2006, Vereen learned while applying for a passport in the late 1960s that he was adopted. His birth certificate revealed that his birth name was Benjamin Augustus Middleton, that he was the son of Essie Middleton, and that he was born in Laurinburg, NC.  In April 2006, Vereen visited Laurinburg with a genealogist and learned that his mother's name was Essie May Pearson, who had died 24 years before. According to her acquaintances, Essie had gone on a trip when Ben was a child, and had left her baby in someone's care. When she returned, the child was gone. In May 2006, he met his mother's daughter, his sister, Gloria Walker, of New Haven, Connecticut. He also has a brother, James Middleton, who lives in Tucson, Arizona.

Ben Vereen attended New York's High School of the Performing Arts and Emerson College. In 1967, the 21-year-old Vereen auditioned for and won a part in Bob Fosse's production of Sweet Charity. The following year, he was cast opposite Sammy Davis Jr. in the film adaptation. After developing a rapport with Davis, Vereen was cast as his understudy in the upcoming production of Golden Boy.

In 1971, after steady work on Broadway, Ben Vereen earned critical recognition for his dazzling performance as Judas Iscariot in Andrew Lloyd Webber's Jesus Christ Superstar. The following year, Fosse cast him as the effervescent Leading Player in Pippin, for which he won the prestigious Tony Award for Best Actor in a Musical. In 1975, Vereen starred with Barbra Streisand in Funny Lady (the sequel to Funny Girl) and hosted the TV variety series Comin at Ya!.

In 1977, Vereen was introduced to a more mainstream audience with his crafty portrayal of Chicken George in Alex Haley's landmark TV miniseries Roots. Following a well-deserved Emmy nomination for his work in Roots, he was cast opposite Jeff Goldblum in the short-lived detective series Tenspeed and Brownshoe (1980). During the late 1980s and early 1990s, Vereen worked steadily on television with projects ranging from the sitcom Webster to the drama Silk Stalkings.

In 1989, Ben Vereen spearheaded his own organization “Celebrities for a Drug Free America”; which has since raised monies for drug rehabilitation centers, educational programs and inner city community-based projects.

The lecture circuit has become an integral part of Ben’s career, as he has become one of the Nations’ most requested speakers among audiences of all ages. His strong sense of social consciousness has enabled him to reach out to his audiences and convey to them a deep feeling of understanding. His topics range from overcoming adversity, arts in education, Black history, motivational topics, recovery through physical and occupational therapy, diabetes, and the importance of continuing education.

In 2004, Ben Vereen was nominated for a “Career Achievement Award” by the Le Prix International Film Star Awards Organization. Vereen serves on Ballet Florida's Board of Directors and the board of the American Red Cross and the American Diabetes Association. He has served as chairman of several organizations including The American Heart Association and the Sudden Infant Death Syndrome Association.

Around December 2007, Ben was experiencing the symptoms those with diabetes know all too well: lethargy, craving sugar, frequent bathroom visits, dry mouth and mood swings. Concerned, he went to the doctor. “His Doctor told him he had type 2 diabetes, and  put Ben on insulin. It was after this that Ben decided it was time for him to speak out. He teamed up with Sanofi Aventis as he went on the road to share his story with as many people as possible. As far as treatment is concerned, Ben’s method is like many others. He watches what he eats, exercises, and takes insulin.

In 2009, Ben Vereen performed at the Inaugural Ball and entertained at the reopening of the Ford Theatre in Washington, D.C., which was attended by President Obama.