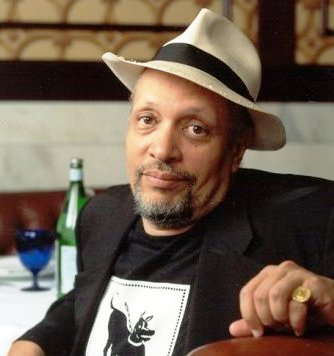 Walter Mosley is one of the most versatile and admired writers in America today. He is the author of more than 34 critically acclaimed books, including the major bestselling mystery series featuring Easy Rawlins. His work has been translated into 21 languages and includes literary fiction, science fiction, political monographs, and a young adult novel. His short fiction has been widely published, and his nonfiction has appeared in The New York Times Magazine and The Nation, among other publications. He is the winner of numerous awards, including an O. Henry Award, a Grammy and PEN America’s Lifetime Achievement Award. He lives in New York City.

Walter Mosley was born on January 12, 1952 in Los Angeles, California, where his Easy Rawlins novels are set. He grew up in the Watts and Pico-Fairfield districts of the city, the only child of a mixed-race marriage. His mother, Ella, was Polish Jewish and worked as a personnel clerk, and his father, Leroy Mosley, was an African American supervising custodian at a Los Angeles public school from Louisiana who had worked as a clerk in the segregated US army during the Second World War. His parents tried to marry in 1951 but, though the union was legal in California where they were living, no one would give them a license.

As an only child, he ascribes his writing imagination to "an emptiness in my childhood that I filled up with fantasies". For $9.50 a week, Walter Mosley attended the Victory Baptist day school, a private African-American elementary school that held pioneering classes in black history. When he was 12, his parents moved from South Central to more comfortably affluent, working-class west LA.

Mosley describes his father as a deep thinker and storyteller, a "black Socrates" and though his mother wasn't effusive, inspired in him the tools to write, filling his world with European classics from Dickens and Zola to Camus. He also loved Langston Hughes and Gabriel García Márquez. He was largely raised in a non-political family culture, although there were high racial conflicts flaring though L.A. at the time and he would later become more highly politicized and outspoken about racial inequalities in the US, which are a context of much of his fiction.

Mosley earned his bachelor's degree from Johnson State College in Vermont in 1977, after which he tried various jobs, including computer programming. In 1982 he moved to New York City with his future wife, Joy Kellman, a white Jewish woman. They were married five years later, in 1987.

Walter Mosley stopped working in order to attend the City College of New York and focus on literature. Mosley recounts that one day he was inspired to write a sentence about black people sitting on a porch in Louisiana. Writing this sentence so roused him that he decided to devote his life to being an author.

Mosley started writing at 34 and has written every day since, penning more than 33 books in a variety of categories, including non-mystery fiction, afro-futurist science fiction and non-fiction politics, often publishing two books a year. His work has been translated into 21 languages. His direct inspirations include the detective fiction of Dashiell Hammett, Graham Greene and Raymond Chandler.

Mosley's fame increased in 1992 when then-presidential candidate Bill Clinton, a fan of murder mysteries, named Mosley as one of his favorite authors. Mosley made publishing history in 1997 by foregoing an advance to give the manuscript of Gone Fishin' to a small, independent publisher, Black Classic Press in Baltimore, run by former Black Panther Paul Coates.

Walter Mosley's Easy Rawling series is partly based on his father's experiences of war and prejudice. The first story in the series was Devil in a Blue Dress and has been followed by A Red Death, White Butterfly, Black Betty, A Little Yellow Dog, Big Boy Brawly Brown, Six Easy Pieces, and 2005's Little Scarlet.

Mosley has received numerous awards during his career, including an honorary Doctorate from the City College of New York, a Sundance Film Festival "Risktaker" award, and a Grammy award for his liner notes in the comedy album "Richard Pryor...And It's Deep Too!

In 2008 Walter Mosley published Diablerie, a novel about a reformed alcoholic who confronts a violent secret from his past, and The Tempest Tales, which centers on a dead man whose refusal to accept St. Peter's judgment results in him being returned to earth. Mosley adapted the latter work into his first play, The Fall of Heaven, which was staged in 2010.