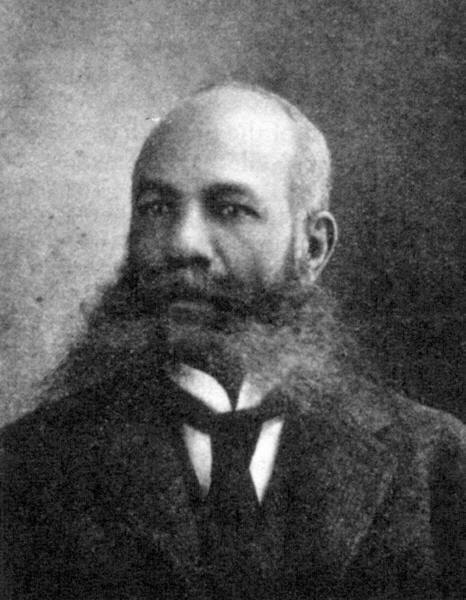 Alexander Miles was an African-American inventor who was best known for being awarded a patent for an automatically opening and closing elevator door design in 1887. Contrary to many sources, Miles was not the original inventor of this device. In 1874, 13 years before Miles' patent was awarded, John W. Meaker was awarded U.S. Patent 147,853 for the invention of the first automatic elevator door system.

Alexander Miles was born in 1838 in Duluth, Minnesota. He moved to Waukesha, Wisconsin where he earned a living as a barber in the 1860s. After a move to Winona, Minnesota in 1870, he met his wife, Candace J. Dunlap, a white woman born in New York City in 1834. Together they had a daughter named Grace who was born in April 1879. Shortly after her birth, the family relocated to Duluth, Minnesota.

While in Duluth, Alexander operated a barbershop in the four-story St. Louis Hotel and purchased a real estate office. His wife found work as a dress maker. Miles became the first black member of the Duluth Chamber of Commerce. In 1884, Miles built a three-story brownstone building at 19 West Superior Street in Duluth. This area became known as the Miles Block. It was at this time that Miles was inspired to work on elevator door mechanisms.

Miles attached a flexible belt to the elevator cage, and when the belt came into contact with drums positioned along the elevator shaft just above and below the floors, it allowed the elevator shaft doors to operate at the appropriate times. The elevator doors themselves were automated through a series of levers and rollers.

Before working on elevator engineering, Miles experimented with the creation of hair products. The influence of his elevator patent is still seen in modern designs, since the automatic opening and closing of elevator and elevator shaft doors is a standard feature.

By 1900, Alexander, Candace, and Grace had moved to Chicago. In Chicago, Alexander created an insurance agency with the goal of eliminating discriminatory treatment of blacks. In his own words, Miles stated that insurance companies "persist in holding out discriminative rates to these colored people...". In 1900, it was believed that Alexander Miles was the "wealthiest colored man in the Northwest."

Alexander Miles died sometime after 1905 and was inducted into the National Inventors Hall of Fame in 2007.