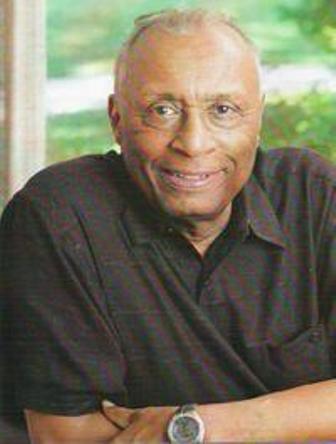 African American inventor Henry Sampson is a brilliant and accomplished nuclear physicist who invented a Gamma-Electrical Cell. Henry Sampson also received patents for a "binder system for propellants and explosives" and a "case bonding system for cast composite propellants." Both inventions are related to solid rocket motors.

Henry Sampson was born in Jackson Mississippi, where he graduated from Lanier High School in 1951. He went on to attend Morehouse College for two years, then transferred to Purdue University where he graduated with a B.S. Degree in Chemical Engineering. Continuing on to graduate school, Henry Sampson attended UCLA where he was awarded a Masters in Engineering in 1961. Sampson also received his MS in Nuclear Engineering from the University of Illinois Urbana-Champaign, in 1965, and his PHD in 1967. He is the first African American to earn a Ph.D.in Nuclear Engineering in the United States.

Sampson was employed as a research chemical engineer at the U.S. Naval Weapons Center, China Lake, California, in the area of high energy solid propellants and case bonding materials for solid rocket motors. Henry Sampson also served as the Director of Mission Development and Operations of the Space Test Program at the Aerospace Corporation in El Segundo, California.

His patents included a binder system for propellants and explosives and a case bonding system for cast composite propellants. Both inventions are related to solid rocket motors. He received a patent, with George H. Miley, for a gamma-electrical cell on July 6, 1971.

On July 6, 1971, Sampson was awarded a patent for the “gamma-electric cell”, which pertains to Nuclear Reactor use. (U.S. Patent 3,591,860) This invention produces stable high-voltage output and current to detect radiation in the ground.

His Gamma-Electric cell device converts nuclear radiation from reactors or isotopes, directly into electricity without going through a heat cycle. In the nuclear fusion process, which involves the splitting of atom, radioactive materials emit ionizing radiation that can cause serious damage to living tissues. Constructive methods to convert these powerful radiating energies into practical and safe energy sources, is the fundamental philosophy behind the development of Sampson's Gamma-Electric Cell.

Henry Sampson is also a writer and film historian who wrote a book entitled, "Blacks in Black and White: A Source Book on Black Films." Since its acclaimed publication in 1977  as a pioneering work, this has remained the first and only book to detail all aspects of a unique era in the history of motion pictures, the only time in the U.S. when films featuring an all-Black cast, produced and directed by Blacks, were shown primarily to Black audiences, in theatres many of which were owned and managed by Blacks.

Henry Sampson traces the history of the Black film industry from its beginnings around 1910 to its demise in 1950, chronicling the activities of pioneer Black filmmakers and performers who have been virtually ignored by film historians. Henry T. Sampson has also written "Blacks in Blackface: A Source Book on Early Black Musical Shows" and "The Ghost Walks: A Chronological History of Blacks in Show Business, 1865-1910".

Some of Henry Sampson's accomplishments include being a member of the United States Navy between the years 1962 and 1964 and earning an Atomic Energy Commission honor between 1964 and 1967. Later he was awarded the Black Image Award from Aerospace Corporation in 1982. He was awarded the Blacks in Engineering, Applied Science Award, and prize for education, by the Los Angeles Council of Black Professional Engineers in 1983.