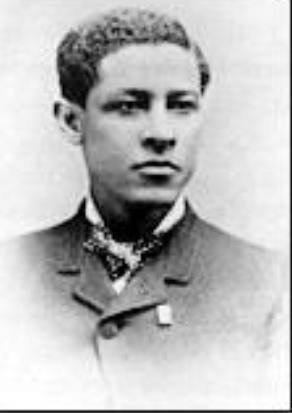 Jan Matzeliger was born on September 15, 1852, in the port city of Paramariboin Dutch Guiana, now known as Surinam. His mother was a native Surinamese of African descent, and his father, a Dutch engineer who had been sent to the island colony to take charge of the government machine works, was a well-educated man and a member of a wealthy and aristocratic Dutch family.

Jan served as an apprentice in a government machine shop supervised by his father. He developed an interest in machines, eventually becoming a skilled machinist. At the age of 19 he signed on as a seaman with the Dutch East Indies Company and went to sea. He helped fix the engines on the steamship to which he was assigned. He spent two years sailing to the Far East, then came to North America with his ship. When his ship docked in Philadelphia in 1873, Jan Matzeliger left the Dutch East Indies Company and looked for work as a machinist in Philadelphia. By 1877, he spoke adequate English and had moved to Massachusetts.

After a while, Jan Matzeliger went to work in a shoe factory. At the time, no machine could attach the upper part of a shoe to the sole. This had to be done manually by a "hand laster"; a skilled one could produce 50 pairs in a ten-hour day. As he worked in shoe factories around Lynn and Boston, he heard it said many times that it was impossible to last shoes by machines; the job simply could not be done. In secret he started experimenting, first with a crude wooden machine, then with a model made out of scrap iron. For ten years he worked, steadily and patiently, with no encouragement. Indeed, when the news of his tinkering finally reached the public, there were jeers of derision. Metzeliger only smiled and continued working.

Finally in 1882, Jan Matzeliger felt he had perfected his machine to solve the impossible problem. When he applied for a patent and sent his diagrams to Washington, patent reviewers could not even understand them. They were so complicated that a man was dispatched from Washington to Lynn, Massachusetts to see the model itself. On March 20, 1883, patent number 274,207 was granted to Jan E. Matzeliger. Matzeliger's machine was able to turn out from 150 to 700 pairs of shoes a day versus an expert hand lasters fifty.

By 1889 the demand of the shoe lasting machine was overwhelming. A company was formed, The Consolidated Lasting Machine Company, where Matzeliger was given huge blocks of stock for his invention. His machine had revolutionized the entire shoe industry in the U.S . and around the world.

Unfortunately, Jan Matzeliger didn't live to see the fruits of his labor. Because he had sacrificed his health working exhausting hours on his invention and not eating over long periods of time, he caught a cold which quickly developed into tuberculosis. He died at age 37 on August 24, 1887.