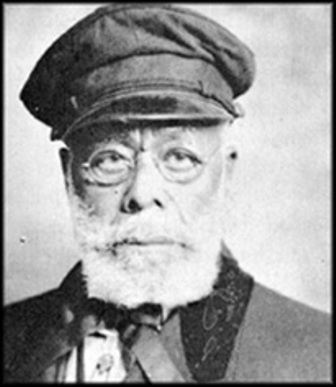 Elijah McCoy was the inventor of a device that allowed machines to be lubricated while they were still in operation. Machinery buyers insisted on McCoy lubrication systems when buying new machines and would take nothing less than what became known as the real McCoy. The inventor's automatic oiling devices became so universal that no heavy-duty machinery was considered adequate without it, and the expression became part of America culture.

Elijah McCoy was born in Colchester, Ontario, Canada, in 1843 to George and Mildred McCoy. His parents were escaped slaves, who had fled from Kentucky and made it to Canada, riding the Underground Railroad.  When McCoy was a child, his family returned across the border, settling near Ypsilanti, Michigan, where his father worked in the logging industry. His parents saved enough money to send their fifteen-year old son to Edinburgh, Scotland, to serve an apprenticeship in mechanical engineering. After finishing his studies as a "master mechanic and engineer" Elijah McCoy returned to the United States which had just seen the end of the Civil War, and the emergence of the "Emancipation Proclamation."

Elijah McCoy moved to Ypsilanti, Michigan but was unable to find work as an engineer. He was thus forced to take on a position as a fireman & oilman on the Michigan Central Railroad. As a fireman, McCoy was responsible for shoveling coal onto fires which would help to produce steam that powered the locomotive. As an oilman, Elijah was responsible for ensuring that the train was well lubricated. After a few miles, the train would be forced to stop and he would have to walk alongside the train applying oil to the axles and bearings.

Working in a home-built machine shop in Ypsilanti, McCoy devised an invention that became known as the lubricating cup. It relied on a piston set within an oil-filled container. Steam pressure pushed on the piston and thereby drove the oil into channels that carried it to the engine's operating parts. McCoy received a United States patent for this device on June 23, 1872. He took his invention to officials of the Michigan Central Railroad and received their support. Installed on operating locomotives, it provided lubrication that was more regular and even than could be achieved by the old method of using an oilcan during intermittent stops. This proved to be quite useful, for locomotives lasted longer and needed less maintenance. McCoy's lubricating cup proved adaptable to other types of steam engines, which were used in factories and at sea. Versions of this cup became standard components on many types of heavy machinery, entering service on railways of the West, on Great Lakes steamships, and even on transatlantic liners.

Elijah McCoy continued to refine his devices and design new ones, and after the turn of the century attracted notice among his African-American contemporaries. Booker T. Washington in Story of the Negro (1909) recognized him as having produced more patents than any other black inventor up to that time. This output ultimately propelled McCoy to a heroic status in the African American community which has persisted to this day. He continued to invent until late in life, obtaining as many as 57 patents mostly related to lubrication, but also including a folding ironing board and a lawn sprinkler.

Lacking the capital with which to manufacture his lubricators in large numbers, he usually assigned his patent rights to his employers or sold them to investors. Lubricators with the McCoy name were not manufactured until 1920, near the end of his career, when he formed the Elijah McCoy Manufacturing Company

Elijah McCoy married Ann Elizabeth Stewart in 1868; she died four years later. He remarried the next year to Mary Eleanor Delaney and moved to Detroit. Mary McCoy was one of the founders of the Phillis Wheatley Home for Aged Colored Men in 1898.

Elijah McCoy died in Detroit in 1929 at the age of 86, still suffering from injuries from a car accident seven years earlier that killed his second wife. McCoy had been a resident of the Eloise Hospital, a Sanatorium, also known as the Michigan State Asylum, before his death, suffering from dementia.