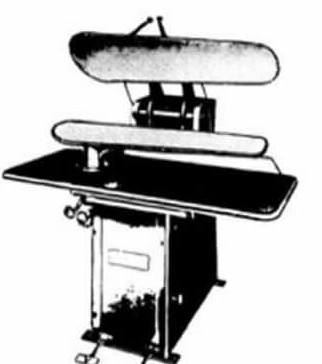 Thomas Jennings was the first African American to receive a patent, on March 3, 1821. His patent was for a dry-cleaning process called “dry scouring”. The first money Thomas Jennings earned from his patent was spent on the legal fees necessary to liberate his family out of slavery and support the abolitionist cause.

Thomas Jennings was a free man born in 1791 in New York City. He was 30 years old when he was granted a patent for a dry cleaning process. In his early 20s Thomas Jennings became a tailor, and later opened a dry cleaning business in the city. As a tailor. Jennings' skills were so admired that people near and far came to him to alter or custom tailor items of clothing for them. Eventually, Jennings reputation grew such that he was able to open his own store on Church street which grew into one of the largest clothing stores in New York City.

While running his business Jennings developed dry-scouring. He had many customers complain of their clothes being ruined by stains and so he began experimenting with cleaners and mixtures that would remove the stains without harming the material. Thomas Jennings earned a large amount of money as a tailor and even more with his dry scouring invention and most of the money he earned went to his abolitionist activities. In 1831, Thomas Jennings became assistant secretary for the First Annual Convention of the People of Color in Philadelphia, PA.

Thomas L. Jennings Dry Scouring technique created modern day dry cleaning. His patent made him a fortune for the time. Jennings was fortunate that he was a free man, and not a slave at the time of his invention. Besides all the other indignities and cruelties African American slaves had to face, they were also ineligible to hold a patent. Under the United States patent laws of 1793 a person must sign an oath or declaration stating that they were a citizen of the United States. While there were, apparently, provisions through which a slave could enjoy patent protection, the ability of a slave to seek out, receive and defend a patent was unlikely. Later, in 1858, the patent office changed the laws, stating that since slaves were not citizens, they could not hold a patent. Furthermore, the court said that the slave owner, not being the true inventor could not apply for a patent either.

Thomas Jennings died in New York City in 1856. Shortly before his death, his daughter Elizabeth won a benchmark lawsuit. On Sunday, July 16, 1854, Elizabeth Jennings set off for the First Colored Congregational Church, where she was an organist. Running late, she boarded a streetcar of the Third Avenue Railroad Company at the corner of Pearl and Chatham streets. The conductor ordered her to get off. When she refused, the conductor tried to remove her by force. Eventually, with the aid of a police officer, Miss Jennings was ejected from the streetcar.

Horace Greeley's New York Tribune commented on the incident in February 1855: She got upon one of the Company's cars last summer, on the Sabbath, to ride to church. The conductor undertook to get her off, first alleging the car was full; when that was shown to be false, he pretended the other passengers were displeased at her presence; but (when) she insisted on her rights, he took hold of her by force to expel her. She resisted. The conductor got her down on the platform, jammed her bonnet, soiled her dress and injured her person. Quite a crowd gathered, but she effectually resisted. Finally, after the car had gone on further, with the aid of a policeman they succeeded in removing her.

Her story was publicized by Frederick Douglass, and received national attention. Elizabeth Jennings filed a lawsuit in the Brooklyn Court against the driver, the conductor, and the Third Avenue Railroad Company. Because of her father's prominence and wealth, she was able to obtain the best legal representation and hired the law firm of Culver, Parker, and Arthur to sue the bus company and was represented in court by a young attorney named Chester Arthur, who would go on to become the 21st President of the United States. Ms. Jennings would ultimately win her case in front of the Brooklyn Circuit Court in 1855. The jury awarded damages in the amount of $225.00, and $22.50 in costs. The next day, the Third Avenue Railroad Company ordered its cars desegregated.