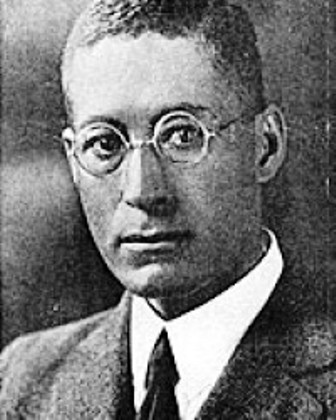 Dudley Woodard was a gifted teacher in mathematics. Always the scholar, Weldon earned numerous degrees and was the second African American to receive a PHD in mathematics. Woodard taught as such prestigious schools as the Tuskegee Institute, Howard University, and the University of Chicago. He attained he PHD from Penn in 1928. Dudley Woodard devoted his entire professional life to the promotion of excellence in mathematics through the advancement of his students, teaching and research.

Dudley Weldon Woodard was born October 3, 1881, in Galveston, Texas, where his father worked for the U. S. Postal Service. Woodard was a smart child whose curiosity was supported by his family. After finishing his primary education in his home state, Woodard attended Wilberforce College in Ohio, receiving a bachelor degree in mathematics in 1903, and an M. S. degree in mathematics at the University of Chicago in 1907. From 1907 to 1914, Woodard taught mathematics at Tuskegee Institute and then moved to join the Wilberforce faculty from 1914-1920.

When Dudley Woodard enrolled in the Graduate School at Penn in 1927, he had already accumulated a remarkable set of achievements. He had published his University of Chicago master's thesis in mathematics, "Loci Connected with the Problem of Two Bodies" and had been teaching mathematics at the collegiate level for two decades, the last seven at Howard University, then the most prestigious African American university in the country. At Howard, he also held the post of Dean of the College of Arts and Sciences.

In the early 1920s Dudley Woodard began taking advanced mathematics courses in the summer sessions at Columbia University. It then became clear that he was among the gifted mathematicians in the nation. Columbia's loss was Penn's gain when in 1927 Woodard took scholarly leave from Howard and spent a year at Penn, working under the direction of John R. Kline, one of the best and brightest of Penn's mathematics faculty. On Wednesday, June 28, 1928, Woodard became the 38th person to receive a Ph.D. in Mathematics from Penn. More significantly, Woodard was only the second African American in the nation to receive that degree.

Deane Montgomery, former president of the American Mathematical Society and the International Mathematical Union, described Woodard as, "an extremely nice man, well-balanced personally." Leo Zippin, who was an internationally known specialist in Woodard's field, said that he was "one of the noblest men I've ever known."

Dr. Woodard was not only a brilliant mathematician, but a man of dignity; he enjoyed life in spite of his racial environment. He used the phrase "Black is beautiful" in the 1930s; he often ignored the "colored" signs and visited any men's restroom of his choice. He also ate at many "nice" restaurants and enjoyed the theaters of his choice in New York. He and his family once moved into what had been an all-white neighborhood because it was aesthetically nice and it was near Howard.

When he retired in 1947 as chairman of the department, he had led Howard's mathematics faculty through a quarter century of steady advancement. In an age of discrimination, Dudley Weldon Woodard had competed and triumphed in the face of overwhelming odds. Penn is proud to claim him among its most distinguished alumni.