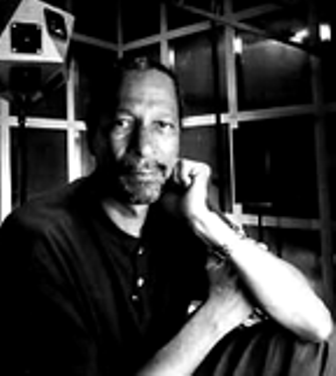 James Edward West, Ph.D., is a Bell Laboratories Fellow at Lucent Technologies where he specializes in electro, physical, and architectural acoustics. James West's research in the early 1960s led to the development of foil-electret transducers for sound recording and voice communication that are used in 90% of all microphones built today and at the heart of most new telephones being manufactured.

James Edward West was born on February 10, 1931 in Prince Edward County, Virginia. He was an inquisitive young boy, fascinated with electronics and always ready to take things apart to discover how they worked. His curiosity almost got the better of him when he was eight years old and decided repair a broken radio. Confident that he had fixed the radio, he plugged it into a ceiling outlet, standing on the brass footboard of his bed. Unfortunately, a bolt of 120 volts of electricity shot through his body, temporarily paralyzing him where he stood. Luckily his brother was standing nearby and knocked him onto the floor, and saved him from further shock. Rather than being afraid James West became even further intrigued by electronics and electricity.

His fascination with electricity lead him to major in 1953 in Physics at Temple University. "In those days in the South, the only professional jobs that seemed to be open to a black man were a teacher, a preacher, a doctor or a lawyer," says West. "My father introduced me to three black men who had earned doctorates in chemistry and physics." These men were not hired by universities because they were black." The best jobs they could find were at the post office." So West's parents wanted him to study medicine, but instead he focused on Physics. " My father said I was taking the long road toward working at the post office."

The microphone is based on the understanding of the properties of charge storage in polymers (electrets), an electrical analog of the more familiar magnet. Thin sheets of certain polymer films can be made into electrets by charging them permanently. They are metal coated on one side and placed on a back plate leaving a thin air gap. The sound waves deflect the electret film which in turn generates an output voltage of the microphone. Thus sound is converted into electrical signals with high fidelity. The apparatus was finalized in 1962 and commercial production started in 1968. Almost one billion are produced annually.

After a 40-year career, culminating as a Bell Laboratories Fellow, and retiring from Lucent Technologies in 2001, West joined the Whiting School at Johns Hopkins University where he is a research professor in the Department of Electrical and Computer Engineering. West also founded the Association of Black Laboratory Employees (ABLE), which in turn led to the establishment of the Cooperative Research Fellowship Program and the Summer Research Program for college students.

In 2006, James West was awarded the prestigious U.S. National Medals of Technology. He is also a member of the National Inventors Hall of Fame and a recipient of The Franklin Institute's 2010 Benjamin Franklin Medal in Electrical Engineering, with Gerhard M. Sessler.

James West is a member of the National Academy of Engineering and a Fellow of the Acoustical Society of America and the Institute of Electrical and Electronics Engineers. He is also the recent recipient of the George R. Stibitz Trophy, sponsored by the third annual AT&T Patent Award, the MH Black History Recognition Award, the New Jersey Inventor of the Year, and the Acoustical Society of America's Silver Medal in Engineering Acoustics.