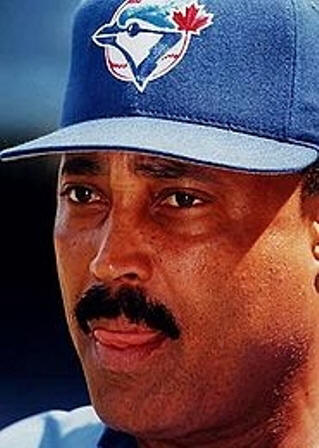 Cito Gaston was the first African American manger to win the World Series. He managed the Toronto Blue Jays from 1989 to 1997, and again from 2008 to 2010. During that time the Blue Jays advanced to four Division Titles, two American League Pennants, and played in two World Series.

Clarence Edwin Gaston, was born in 1944 on March 17th. Gaston was raised in San Antonio and Corpus Christi, Texas. At an early age Gaston knew he wanted to be a Major Leaguer or a truck driver like his father. Religion was a big part of the Gaston family's life. His grandfather was a Baptist minister and the Gastons often attended church twice on Sundays. Cito Gaston is often remebered as a backyard preacher, the kid who always took the pulpit when the neighborhood children would gather to play church. He attended Wheatley High School in San Antonio for a year, then went to both Holy Cross High in San Antonio and Solomon-Coles High in Corpus Christi.

Gaston adopted his nickname 'Cito' in preference to his given name 'Clarence' around the age of 14, later telling Toronto Blue Jays broadcasters that the name was taken from a Mexican-American wrestler he watched growing up in Texas. Working as a garbage man in the early 1960's, Cito Gaston began playing in local baseball leagues.

Mainly a center fielder, six foot three inch Cito Gaston was signed by the Milwaukee Braves in 1964. He played in the minors from 1964-1967 and was brought up by the Braves for a few weeks at the tail end of the 1967 season. Gaston roomed with Hank Aaron and later said that Aaron "taught him how to be a man. Spending his winters in Venezuela playing ball in their league, Cito Gaston struggled but didn't give up.

Gaston was back in the minors in 1968, and was selected by the San Diego Padres in the expansion draft after the 1968 season,  playing in the big show with the Padres Gaston batted .230 in 129 games in 1969.

1970 was a better year for Cito Gaston, in fact it was his best year as a player. He was chosen for the National League All Star team, hittiing .318 with 29 HR and 93 RBI for the season. During the All Star game, Gaston went 0-2 with a walk. Never  to repeat his stats from his 1970 season, Cito Gaston began to struggle as a player.

Eventually spending time with the Braves and Pirates, in 1979 Cito Gaston could not get his contract picked up by any major league teams. Still wanting to play ball, Gaston played for various independent league and Mexican League teams in 1979 and 1980.

In 1981, Hank Aaron helped his friend find a spot with the Braves as their minor-league hitting instructor. "'I had finished playing and Hank got me back in baseball,' Gaston said. 'He called me a couple times and asked me to come back as a coach. I said no. The third time he called, I said yes."

The Jays franchise won their first division title in 1985 and before Gaston was hired, the franchise was known for failing to live up to expectations. Gaston was able to take superstars and mold them into a team. Outfielder and World Series hero Joe Carter credits Gaston for the team's championships. Gaston worked with players at an individual level as a hitting instructor and transferred this to the job of manager. He was known for his open communication with his players.

Cito Gaston became the hitting coach for the Toronto Blue Jays in 1982, a position he held until mid-season 1989 when he took over managerial duties from Jimmy Williams. Under the new leadership, Toronto transformed from a sub-.500 team to the eventual division winners, going 91-71.

As a coach and manager, Gaston was considered a player's manager. He was a soft spoken and steady influence during years that saw a large group of talented, high salaried players grace the Blue Jays uniform. The franchise led the Major Leagues in attendance, riding high from a dedicated fan base and new stadium to play in when Gaston took the helm. The Jays opened the SkyDome a few months after Gaston became manager and the financial success translated into major free agent signings, including pitcher Jack Morris, and outfielders Dave Winfield and Paul Molitor. They also retained core All-stars such as Joe Carter, Devon White, Roberto Alomar and John Olerud.