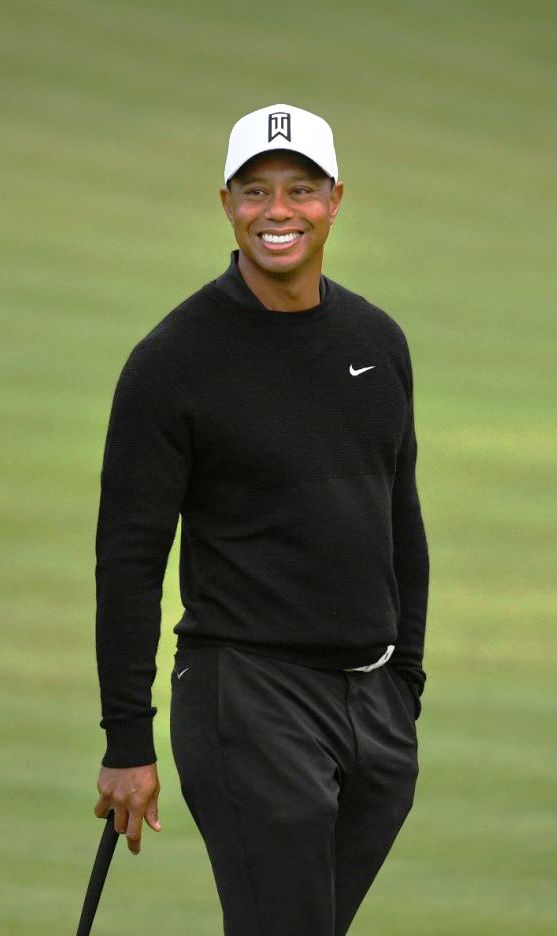 Tiger Woods is an African American professional golfer whose achievements to date rank him among the most successful golfers of all time. Formerly the World's number one ranked golfer, he is the highest paid professional athlete in the world, having earned an estimated $90.5 million from a combination of winnings and endorsements in 2010.

Woods has won 14 professional major golf championships, and is second only to the Bear, Jack Nicklaus. His 71 PGA Tour events, rank third all time, and Tiger has more career major wins and career PGA Tour wins than any other active golfer. He is the youngest player to achieve the career Grand Slam, and the youngest and fastest to win 50 tournaments on tour. Additionally, Tiger Woods is only the second golfer, again after Jack Nicklaus, to have achieved a career Grand Slam three times. Woods has won 16 World Golf Championships, and has won at least one of those events each of the 11 years they have been in existence.

Tiger Woods was born Eldrick T. Woods on December 30, 1975, in Cypress, California to Earl and Kultida Woods. Earl, a retired lieutenant colonel and Vietnam War veteran, was of mixed African American, Chinese, and Native American ancestry. Kultida, originally from Thailand, is of mixed Thai, Chinese, and Dutch ancestry. This makes Woods himself half Asian (one-quarter Chinese and one-quarter Thai), one-quarter African American, one-eighth Native American, and one-eighth Dutch. He refers to his ethnic make-up as “Cablinasian”, a syllabic abbreviation he coined from Caucasian, Black, Indian, and Asian. As a youngster the young Woods was nicknamed "Tiger" after a Vietnamese soldier who was a friend of his father's in Vietnam.

Tiger's father father began teaching his son the game of golf when he was just a year old. In fact, Tiger's skills were so good at such a young age that it landed him an appearance on the Mike Douglas Show in 1978. The two-year-old Woods' appearance put him up against legendary comedian Bob Hope in a putting contest. At three, he shot a 48 over nine holes at one of his hometown courses. When Tiger was five he appeared on television's "That's Incredible" and in Golf Digest magazine.

As Tiger Woods has developed as a phenom golfer, many have speculated whether his father was too hard on him, pushing too hard to practice and having Tiger forego a normal childhood to shine on the links. Tiger Woods stated his opinion on parents pushing their children. "Don't force your kids into sports. I never was. To this day, my dad has never asked me to go play golf. I ask him. It's the child's desire to play that matters, not the parent's desire to have the child play. Fun. Keep it fun."

Tiger Woods studied at Stanford University, and won a number of amateur U.S. golf titles before turning professional in 1996. It soon became evident that he was destined for success. Sports Illustrated named him 1996 "Sportsman of the Year," and by January of 1997, he had already won three professional tournaments. He was a media sensation, shooting to fame after winning the U.S. Masters at Augusta in 1997, with a record score of 270. At the age of 21, Woods was the youngest man to earn the title, and the first African-American to accomplish this feat.

Being a celebrity on the golf course, Woods has been called the world's most marketable athlete. Shortly after his 21st birthday in 1996, Tiger Woods began signing endorsement deals with numerous companies, including General Motors, Titleist, General Mills, American Express, Accenture, and Nike, Inc. In 2000, he signed a 5-year, $105 million contract extension with Nike. It was the largest endorsing deal ever signed by an athlete at that time. Woods' endorsement has been credited in playing a significant role in taking the Nike Golf brand from a "start-up" golf company earlier in the past decade, to becoming the leading golf apparel company in the world, and a major player in the equipment and golf ball market.

In 1999 Woods achieved the greatest moment in his career when he won the PGA Championship by one shot. He had been in the lead for most of the tournament, but lost his lead on the last day, making his one stroke victory over Sergio Garcia even more memorable for the crowd that had gathered to watch. Woods continued his success in November 1999 when he shot the best total ever in the World Cup, helping to lead the United States to victory in the tournament. He was also named the PGA Tour Player of the Year for the second time on November 30, 1999, earning more that $6.6 million in prize money during the season.

Tiger began the 2001 season by winning The Masters to become the reigning champ in all four majors concurrently and the first player to win each major consecutively, though not in the same season. In 2002, he won his third Masters and his second U.S. Open, the sixth and seventh of his 11 career majors.

On May 3, 2006, Woods' father, mentor and inspiration, Earl, died at age 74 after a lengthy battle with prostate cancer. Woods took a nine-week hiatus from the PGA Tour to be with his family. When he returned for the 2006 U.S. Open, the rust was evident, he missed the cut at Winged Foot, the first time he had missed the cut at a major as a professional, and ended his record-tying streak of 39 consecutive cuts made at majors. Still, a tie for second at the Western Open just three weeks later showed him poised to defend his Open Championship crown at Hoylake.

Tiger Woods has shown the same hard work ethic found on the golf course on his charity work. The Tiger Woods Foundation was established in 1996 by Woods and his father Earl. It focuses on projects for children. Initially these comprised golf clinics, aimed especially at disadvantaged children, and a grant program. Further activities added since then include university scholarships, an association with Target House at St. Jude Hospital in Memphis, Tennessee, the Start Something character development program, and the Tiger Woods Learning Center.

In 2009 Tiger Woods' press wasn't just about his game on the links. After his past marital infidelities came to light, Woods announced an indefinite break from competitive golf at the end of 2009. In March 2010, he announced that he would be playing in the 2010 Masters. Struggling throughout the entire year, 2010 found Tiger Woods at his lowest on both a professional and personal level. The golf world is anxious to see if the old Tiger will remerge and take his place at the top of the golfing ranks soon.