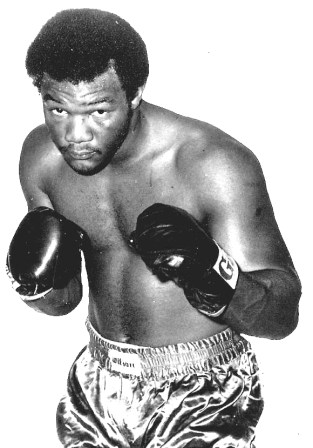 George Edward Foreman is an American two-time former World Heavyweight Boxing Champion, Olympic gold medalist, ordained Baptist minister, author and successful entrepreneur. Foreman's most notable fights in his early career were his knockout against Joe Frazier in 1973 and his loss to Muhammad Ali in "The Rumble in the Jungle" in 1974. He later became the oldest man ever to become heavyweight boxing champion of the world when at age 45, he knocked out Michael Moorer, age 26, to reclaim the title he held 20 years earlier. He has been named one of the 25 greatest fighters of all time by Ring magazine.

George Foreman was born in 1949 in Marshall Texas and was raised by his mother and his step-father J.B. Foreman, along with his six siblings. When his step father left the family when George was only five, his mother struggled to provide for the family. George Foreman spent much of his youth roaming the streets of Houston and getting into trouble. He soon learned to become a good street fighter and earned the respect of the local gangs. After dropping out of high school he spotted an advertisement for the Job Corps on television and decided to join.

The Job Corps sent George Foreman to Oregon, where he learned skills such as bricklaying, and carpentry. Still bad tempered, Foreman often got into fights with fellow workers and with his reputation as a brawler, he was soon encouraged to learn how to box. A quick study, 19 year old George Foreman qualified for the 1968 Olympics in Mexico City with just 20 months of experience in the ring. He dominated the heavy weight class and won the Gold medal for his efforts. George Foreman finished his amateur career with a record of 22-4, two of his losses to Clay Hodges.

Foreman turned professional in 1969 with a three-round knockout of Donald Walheim in New York. He had a total of 13 fights that year, winning all of them and knocking out 11 of the 13. In 1970, Foreman continued his march toward the undisputed heavyweight title, winning all 12 of his bouts (11 by knockout). Among the opponents he defeated were Gregorio Peralta, and George Chuvalo,  Charlie Polite,  and Boone Kirkman.

Despite his succession of wins over the next couple of years, some people grumbled silently that Foreman was only winning because he was fighting has-beens. However everyone sat up and took notice when he was scheduled to fight with the much-feared Joe Frazier in 1973. Frazier was sent to the mat twice in the first round by Foreman, where Foreman even lifted him off his feet with a couple of his punches, and by the second round, Frazier was beaten. The world had a new heavyweight champion.

Foreman's title defense against Muhammad Ali, was historic. During the summer of 1974, Foreman traveled to Zaire  to defend his title against Ali. The bout was promoted as The Rumble in the Jungle. During training in Zaire, Foreman suffered a cut above his eye, forcing postponement of the match for a month. The injury affected Foreman's training regime, as it meant he couldn't spar and risk the cut being re-opened. He later commented: "That was the best thing that happened to Ali when we were in Africa—the fact that I had to get ready for the fight without being able to box." Ali used this time to tour Zaire, endearing himself to the public while taunting Foreman at every opportunity. Foreman was the odds favorite, having knocked out both Joe Frazier and Ken Norton, the only men to defeat Ali to that point. Toward the end of the eight round Ali threw a flurry of punches, punctuated by a hard right cross that landed flush on Foreman's jaw. Foreman was thrown off balance and fell to the floor. He managed to regain his feet by the count of 8, but the referee waved off the fight. George Foreman was knocked down for the first time in his career and the world once again had a new heavyweight champion.

George Foreman took a year off, and for his next bout, Foreman chose to face Joe Frazier in a rematch. Because of the one-sided Foreman victory in their first fight, and the fact that Frazier had taken a tremendous amount of punishment from Ali in Manila a year earlier, few expected him to win. Foreman knocked Frazier out in a TKO in the 5th round when the fight was stopped.

In 1997 George Foreman's lost to Jimmy Young changed his life. In his dressing room after the match Foreman became ill and was suffering from exhaustion and heatstroke. Believing he had gone through a near-death experience, Foreman declared himself a born-again Christian and from this point onwards decided to dedicate his life to Christianity. Foreman retired and became an ordained minister.

In 1987 Foreman surprised the sporting world by announcing his comeback at the age of 38. Despite being 45 and weighing more than 30 pounds over his ideal fighting weight, Foreman remained a devastating puncher and captured the IBF and World Boxing Association (WBA) versions of the world heavyweight title by knocking out Michael Moorer in 10 rounds at Las Vegas, Nevada, on November 5, 1994. In March 1995 Foreman was stripped of his WBA title for refusing to fight their contender, and he resigned his IBF title in June 1995 rather than fight a rematch with IBF contender Axel Schultz. In 1997 Foreman retired from boxing again. He was inducted into the International Boxing Hall of Fame in 2003.

Nowadays Foreman is best known for his famous ‘Lean Mean Fat Reducing Grilling Machine’ which he tours the world to promote. Created in 1995 there have been more than 100 million grills sold worldwide. Having created the grill himself he has said to have made more money from the product than his entire boxing career.

George Foreman has ten children, five girls and five boys and has been married five times. His sons are all named George after their father. Foreman told Ebony why he named all his sons after himself: "I wanted my boys to have something that nobody could ever take from them, and I figured, give them a name that they could run into whenever they had problems or if they ever got lost".