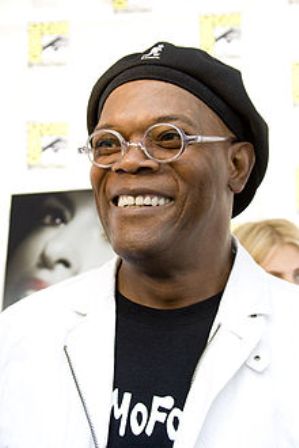 Samuel L. Jackson is an African American film and television actor, and a filmmaker. Jackson has appeared in over 100 films, and his many roles have made him one of the highest grossing actors at the box office. Jackson has won multiple awards throughout his career and has been portrayed in various forms of media including films, television series, and songs.

Samuel L Jackson was born in Washington D.C. but was raised in Chattanooga, Tennessee. Initially he was raised by his strict grandmother, but when he was 10 years old his mother came back into his life. He was born Samuel Leroy Jackson on the 21st of December, 1948. His father left when he was very young, moving to Kansas City, Missouri, leaving Samuel to be raised by his mother, Elizabeth, and his grandparents, in Chattanooga, Tennessee. He learned many skills, playing French horn and trumpet in the school symphony.

Jackson was influenced by film that displayed messages about black culture and when he attended the all black college, Morehouse College in Atlanta, Jackson became involved in the black power movement. After the 1968 assassination of Martin Luther King, Jr., Jackson attended the funeral in Atlanta as one of the ushers. Jackson then flew to Memphis to join an equal rights protest march. In a Parade interview Jackson revealed: "I was angry about the assassination, but I wasn’t shocked by it. I knew that change was going to take something different, not sit-ins, not peaceful coexistence." He was expelled in his junior year for participating in a protest that involved locking members of the board of trustees into a building for two days. That same year, Jackson watched a performance by the Negro Ensemble Company and gained a new inspiration, acting. After working as a social worker for two years in Los Angeles, Jackson returned to Morehouse to pursue the study of acting and received his degree in 1972

After college, Jackson joined the Black Image Theatre Company with his future wife, LaTanya Richardson, whom he met at Morehouse's sister school, Spellman College. They toured the country and performed skits characterized by a fiery combination of rage and humor to primarily white audiences. In 1976, having exhausted their enthusiasm for politically-charged theatre, Jackson moved with Richardson to Harlem, New York City, to pursue an acting career outside such strictly defined perimeters of race. He began to act in Off-Broadway productions, including Richard Wesley's The Mighty Gents, an adaptation of Bertolt Brecht's Mother Courage, and Samm-Art Williams's Home. He also got a job substituting for Bill Cosby during The Cosby Show rehearsals.

Sam Jackson started to become popular after his role in the Spike Lee film, Jungle Fever in 1991 where he played a crack addict. Through playing an on-screen drug-demon, Jackson was forced to confront his own off-screen demon - an increasingly destructive addiction to drugs and alcohol. The cathartic nature of his performance enabled Jackson to give up drugs, making it both a personal and professional success.

In 1996 he played the role of Jules in Quentin Tarantino's classic film "Pulp Fiction" where he was a dirty mouthed hit man with a philosophical edge. Not only did he earn himself a Oscar nomination for best supporting actor, but he also rocketed himself into Superstar status. His career took off and was able to command large acting fees for films. Jackson has been nicknamed "the King of Cool" and his role as Jules in Pulp Fiction was voted the 2nd coolest movie character of all time by the Empire Magazine in the United Kingdom.

Quickly becoming a box office star, Jackson continued with three starring roles in 1997. In 187 he played a dedicated teacher striving to leave an impact on his students. He received an Independent Spirit award for Best First Feature alongside first-time writer/director Kasi Lemmons in the drama Eve's Bayou, for which he also served as executive producer. Samuel Jackson joined up again with director Quentin Tarantino and received a Berlin Film Festival Silver Bear for Best Actor and a fourth Golden Globe nomination for his portrayal of arms merchant Ordell Robbie in Jackie Brown.

In 1998, Samuel L Jackson worked with other established actors such as Sharon Stone and Dustin Hoffman in Sphere and Kevin Spacey in The Negotiator, playing a hostage negotiator who resorts to taking hostages himself when he is falsely accused of murder and embezzlement. In 1999, Jackson starred in the horror film Deep Blue Sea, and as Jedi Master Mace Windu in George Lucas' Star Wars Episode I: The Phantom Menace. In an interview, Jackson claimed that he did not have a chance to read the script for the film and did not learn he was playing the character Mace Windu until he was fitted for his costume (he later said that he was eager to accept any role, just for the chance to be a part of the Star Wars saga).

Jackson appears to be busy as ever with his Marvel comics-related films and other projects these days. In 2014, he appeared in Captain America: The Winter Soldier, the crime drama Reasonable Doubt and the Robocop remake among other movies. Jackson also played his popular Marvel character Nick Fury on the small screen around this time. He made guest appearances on the TV series Agents of S.H.I.E.L.D. with Clark Gregg.

In 2015 Jackson appeared in such films as Chi-Raq and The Hateful Eight.

Samuel Jackson credits much of his on screen success to his mentor Morgan freeman.  Freeman gave him the encouragement and advice that helped Jackson make his acting dream a reality. Jackson drew upon his middle class roots during the 2008 Democratic Primary when he campaigned for then Illinois Senator Barack Obama in Texarkana, Texas. He said "Barack Obama represents everything I was told I could be growing up. I am a child of segregation. When I grew up and people told me I could be president, I knew it was a lie. But now we have a representative... the American Dream is a reality. Anyone can grow up to be a president.